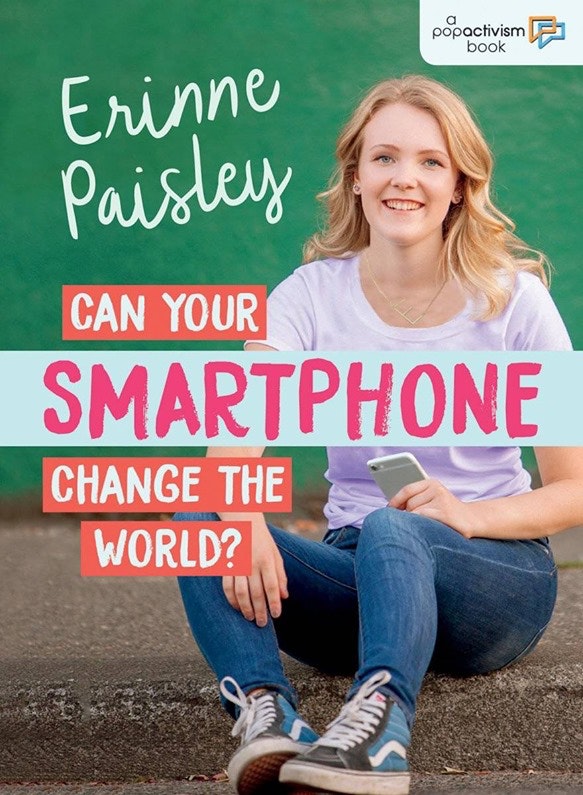 Erinne Paisley offers short overviews of various social justice campaigns whose advocates have used social media to get the word out.

Canadian teen Paisley recounts her surprise when photos posted online of her prom dress—made from old math homework papers and tape—went viral. She’d inscribed a phrase on the dress calling attention to gender disparity in access to schooling as well as the URL for malala.org and used the opportunity to call attention to equal-education champion Yousafzai’s organization. From this starting point, Paisley explores a number of other instances in which platforms such as YouTube, Instagram, and Twitter have been used by activists, both celebrities and not, to promote causes such as mental health awareness, climate change, feminism and food insecurity. In brief, clear chapters, augmented with plentiful photos, pull quotes, and pop quizzes that pose questions and conversation starters, she employs an upbeat conversational tone in addressing her audience. Her blend of personal story, tips, and information will appeal to activism-minded teens, though the print format requires readers to take a few extra steps to connect to the many mentioned hashtags, YouTube channels, and other online sources. Further guides written by Paisley in this Popactivism series are also slated for upcoming publication.